A mobile Event Hotel at Ikarus Festival: Surviving the hangover in a foldable hotel room. 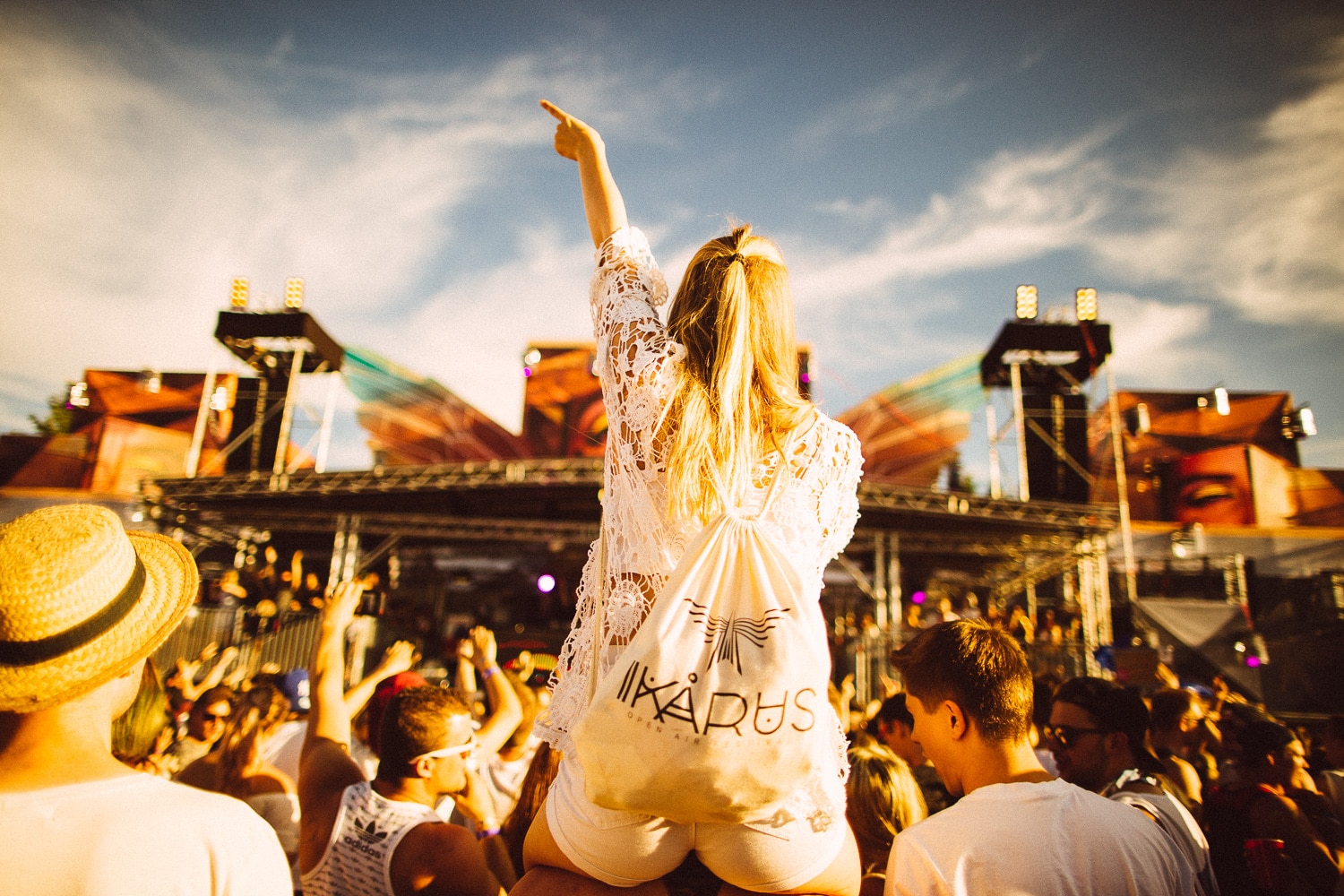 A mobile Event Hotel instead of tents: The Ikarus Festival is an uprising star in the sky of electronic music festivals. Spend 3 whole days listening to the big names of electronic music, such as Aka Aka or Oliver Koletzki. In order to not lose ground, we create an ideal space for you to lean back, chillax, hang out with your mates and incredible other people during the festival season.

Das Festival– named after Icarus, who was the son of the master craftsman Daedalus. The two men attempted to escape from Crete by means of wings. So Icarus is also known in Greek mythology as a pioneer of aviation. The festival takes place in the Bavarian „Schwabenländle“.  Fans of electronic beats can dance the night away on a former military ground. In 2017, about 30.000 visitors have turned the quiet and peaceful Allgäu into a great party zone. Take off and land between six different stages, listening and dancing to the beats of more than 80 live acts. People, in need to cool down from a dance in the heat of the sun, can jump into the provided pool and enjoy a fresh bath underneath the blue sky. Besides open air showers and toilets, you can also use further amenities at an extra fee. This peaceful little space on earth hopes for more new inhabitants at this year’s festival. The organisers are expecting about 40.000 visitors. 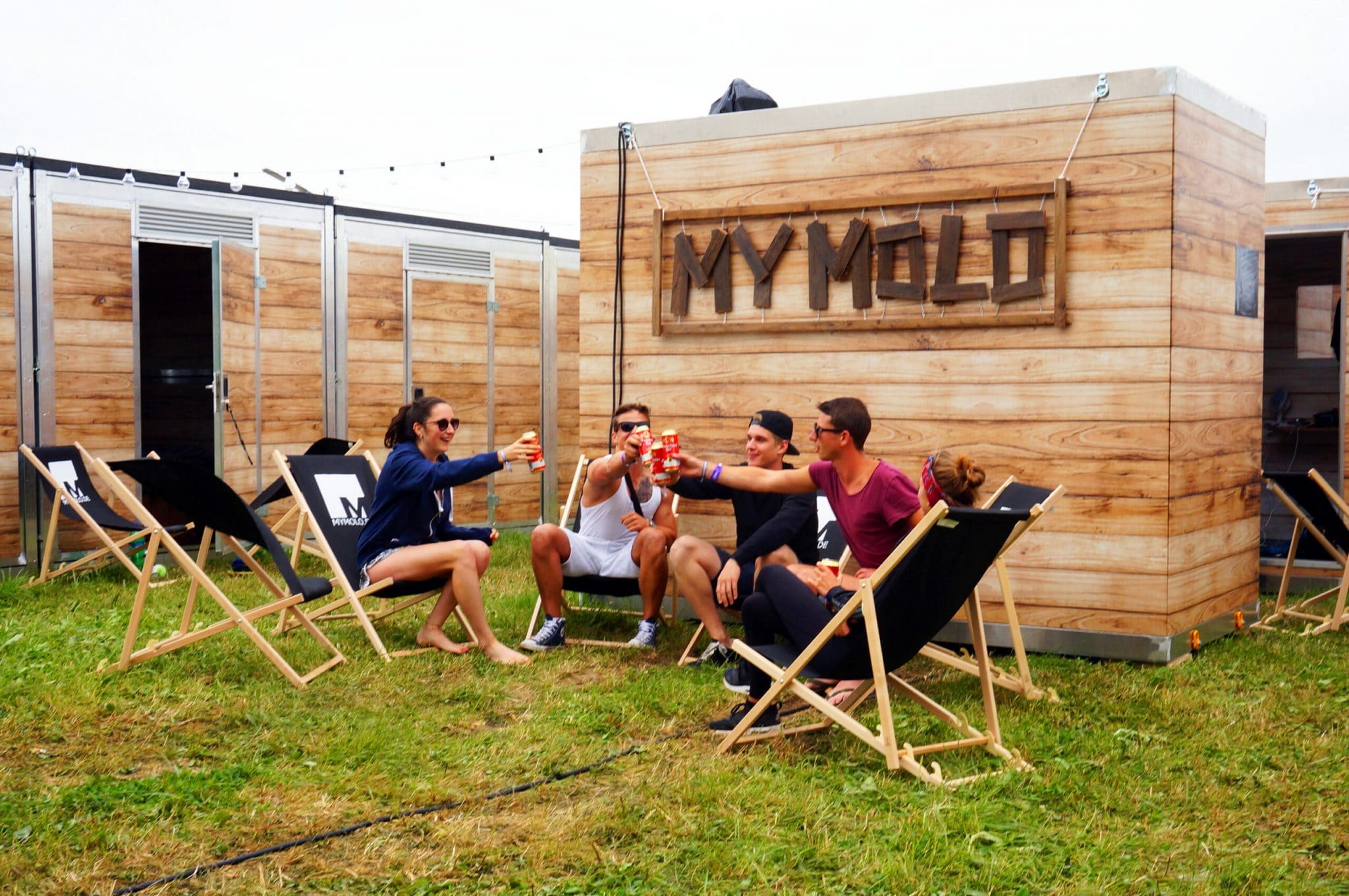 Mobile event hotel instead of a tent

Festival-visitors, who are not keen to crawl into a tiny tent after a night of dancing and partying, have the chance to book one of our foldable mobile hotel like rooms. Get comfy on a real bed; avoid bruises from stumbling over tent ropes or freezing your ass off in a porous tent. Further gadgets of our Molos are: a power supply, a fridge or access to eco-friendly toilets and a unique chill out area.

As the beats will make it hard to take a nap and revitalise, the organisers of the festival have decided on “installing” a noise absorbing wood between the camping ground and festival area – smart, right? 😉

... you can go on a sightseeing flight at the festival, overlooking the whole area?

The Ikarus Festival takes place from the 7th till 10th June 2018.

Live acts will perform on the stages as follows:

The camping ground is open from the 7th until the 10th June 2018. The check-in for our Molos starts on the 7th June at 2 pm. 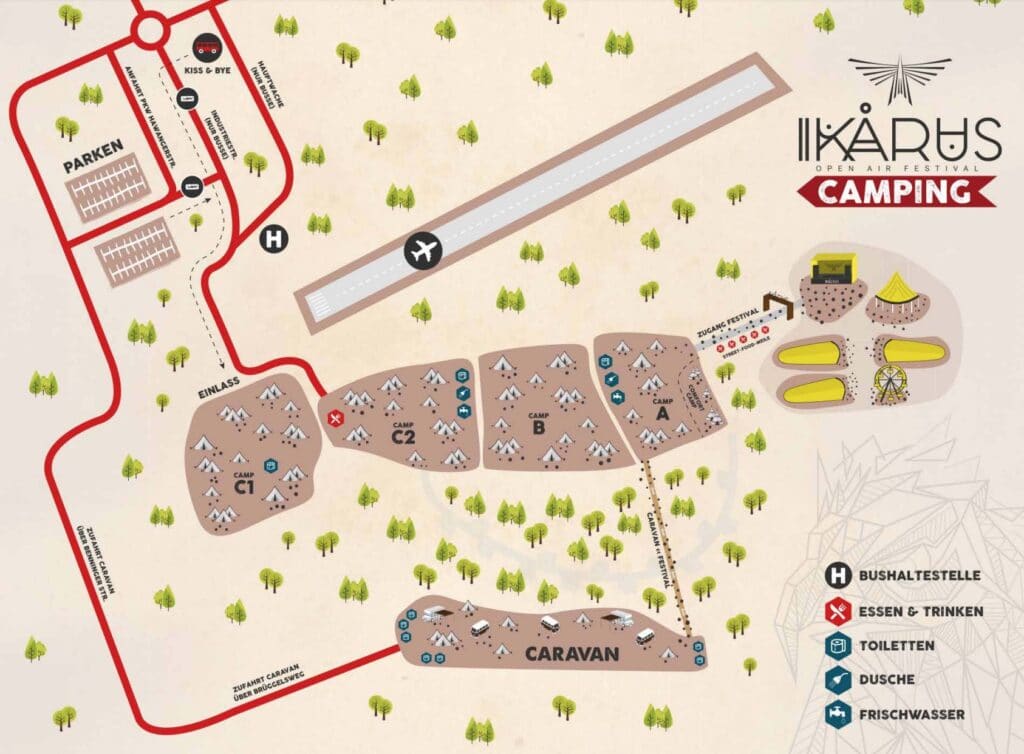 The Ikarus Comfort Camping is located in the Camp itself. A former military air force ground is yet again providing the space for this festival, right in the middle of evergreen woods.  Our mobile event hotel is located in Camp (Komfort Camping).

Your Mobile Event Hotel at the Ikarus Festival 2018

This year, camping is being put to another level: Our foldable live-in containers also imply access to a separate chill out area, providing our guests with hammocks, deck chairs and awnings.  Together with our Tent-a-tent friends from Domo Camp, we will set up a chill out area where our guests can enjoy a cold hangover beer and have a perfect start into the pre- and after party times.

The best thing is: Everyone, who has booked a Lodge from My Molo,  doesn’t have to pay the fee for the Camping-Ticket. With us, camping is already included.

Our Lodges / mobile event hotel can be booked from 399.00 EUR on for the whole festival weekend. Additionally, guests from My Molo have free access to hammocks, deck chairs and eco-friendly toilets. If you have any further questions, just text us via Facebook!

Our camp has been quite busy in 2017: A stag night was held, celebrating the upcoming wedding. A crazy bunch of Swiss bachelors, partying with other guests from us and turning the nights into days. Even though the weather wasn’t quite stable, everyone has had a great time. Check it out under Facebook-Picture Gallery >>

Let your ears discover new and already loved electronic beats at the Ikarus Festival this year. The Crème de la Crème of electronic music is going to attend this year’s Ikarus Festival:  Aka Aka, Alle Farben, Oliver Koletzki, Richie Hawtin, Pan-Pot, Sam Paganini and many, many more. The timetable with all detailed information on who, when where will be published two weeks in advance to the festival start. The complete line-up can be found under: http://ikarus-festival.de/line-up-2018/ 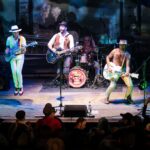 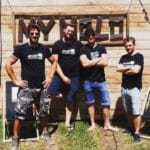 Your Festival Shirt "Evolution of Camping" is online

Style guide for the festival summer: The top festival styles 2018